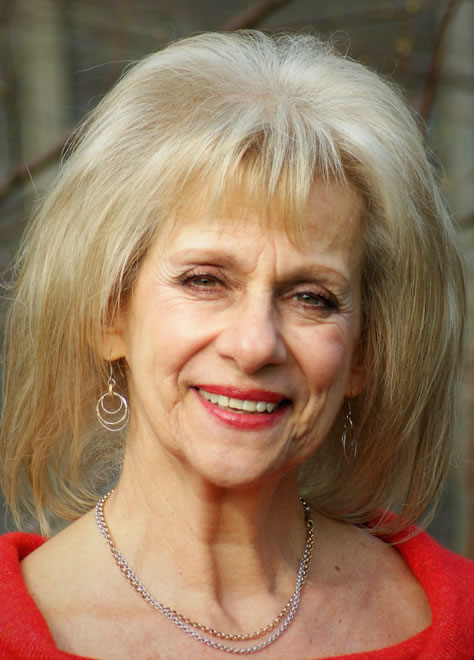 Brought up in a practising Jewish family, Michele Guinness worked for many years as a presenter, researcher and writer for national TV and radio, regularly contributing to Pause For Thought on BBC Radio 2. For two years she presented her own three-hour, daily lunchtime programme on BBC local radio in Coventry.

But a move to Lancashire proved the opportunity for a career change, and she became the communications manager for the Derian House Children’s Hospice appeal. Once it was up and running, a ‘chance encounter’ took her into the NHS as the first press officer at the Royal Preston Hospital. She went on to become communications manager for the Blackpool, Wyre and Fylde Community Health Trust for six years.

And then, in 2002, was appointed Head of Communications for the Cumbria and Lancashire Strategic Health Authority, supporting communications managers in 23 NHS trusts. She gave it up four years later to concentrate on writing, training and speaking.

Michele contributes to a number of magazines, including Families First, Woman Alive, (where she had a cookery column for two years), Christianity and The Church of England Newspaper.

She has written fourteen books, usually from her uniquely Jewish perspective. Seven are still in print and available from bookshops and online retailers.

Chosen (Lion) - her autobiography, the story of her journey of faith through much opposition to where she is today.
The Heavenly Party: Recover the Fun - Life-Changing Celebrations for Home and Community, (Lion) - a guide to her beloved celebration, alone, with the family and at church.
Autumn Leave (Authentic) – a journal of setting up home in France, an experiment to see whether a country where people drive like maniacs, drink kir royales for breakfast and never form an orderly queue could ever feel like home.
The Word of the Wives, (Authentic) a collection of 26 monologues, written with her daughter, Abby, who is a professional actress, tells the stories of the great heroes of the Bible, from the perspective of the women who had to put up with them.
Archbishop (Hodders) – her only novel - the story of the first female Archbishop of Canterbury and a thriller.
Grace, The Remarkable Story of Grace Grattan Guinness (Hodders) – her husband’s grandmother, based on hidden diaries that show her to be a woman before her time.
The Contemporary Woman: can she really have it all? (Hodders) Her latest book is an exploration of all it means to be a woman - for women to give to the men in their life!

She has also written a biography of the Guinness family, The Guinness Spirit telling the story of her husband’s famous brewing, banking and missionary ancestors.

Michele has spoken at New Wine, Greenbelt and Spring Harvest as well as for the WI, Rotary, and Inner Wheel. She has even appeared at luncheons for flower arrangers - without ever having arranged a flower.

Married to a retired vicar, the couple have a grown up son and daughter, and six gorgeous grandchildren.